To promote their book BOSNIAN FLAT DOG, comics creators Max Andersson and Lars Sjunnesson decide to tour the former Yugoslavia with a mummified Marshal Tito in a fridge.

A combination of stop-motion animation and documentary scenes, the film turns into a roller coaster ride through a parallel universe where all borders are disintegrating – simultaneously tragic, poetic and bleakly funny. 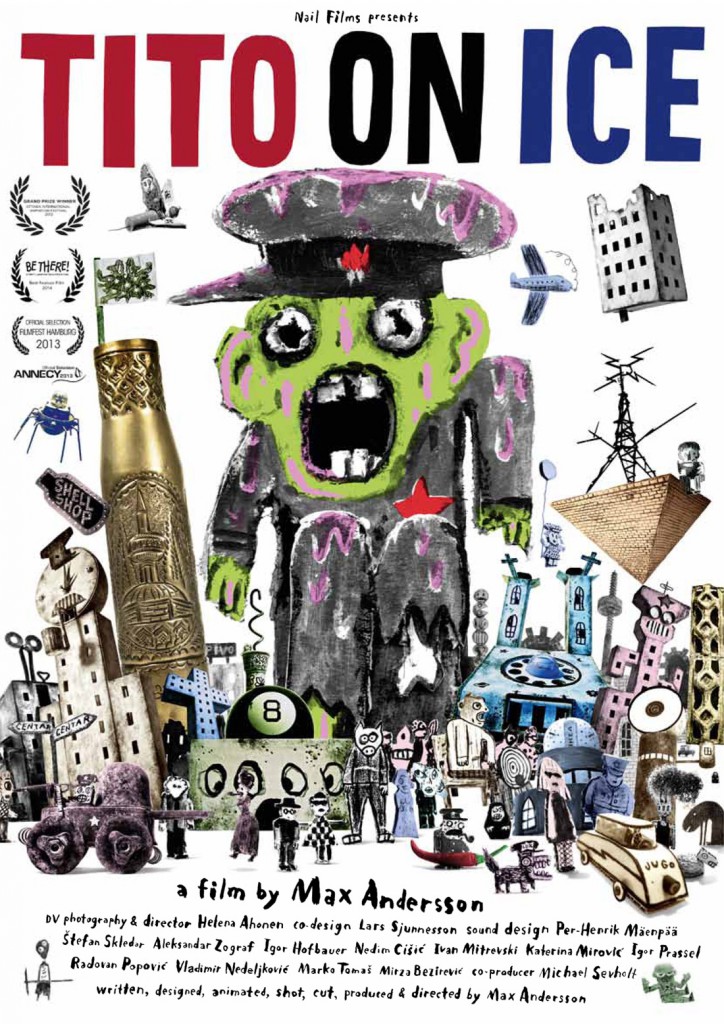 A short history:
1980 Marshal Josip Broz Tito dies after leading Socialist Yugoslavia from its creation in 1945.

1990 Max Andersson is presented with the grant “1 kilometer of film” by the recently founded Stockholm Film Festival. In order to get as many recording minutes as possible, he requests 1 kilometer of Super 8mm film.

1991 Suddenly war breaks out in Yugoslavia. Marshal Tito is rediscovered, mummyfied in an old refrigerator in Ljubljana. Subsequently the Swedish economy crashes and national film funding is cut down. Max Andersson decides to pursue a career in comics.

2003 Andersson and Sjunnesson are invited to ex-Yugoslavia for a tour presenting their book with the mummy of Tito in a refrigerator. Suddenly someone attacks Iraq.

2012 The world economy crashes. Max Andersson rediscovers the frozen Super 8 film in his refrigerator and decides to use it to complete the movie.

2008 TITO ON ICE is finished. Suddenly war breaks out in Syria. 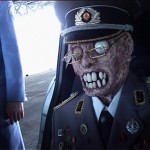 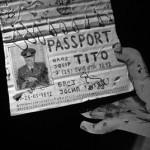 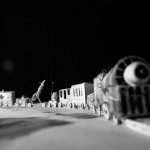 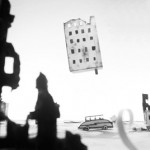 The dictator is an archetype growing in popularity in the media as well as within popular culture. Following the high demand and the lack of specimens with proper qualities, the term is increasingly applied to candidates that hardly fit the qualifications but rather appear as bland and uninspired copies.

Max Andersson and Lars Sjunnesson make their own very personal copy of a true dictator of the old school, and also the most genuine of Yugoslav products – Tito; made out of styrofoam and papier-mâché and sporting Swedish swimming school medals on his second-hand East German uniform. Together with this curiously life-like imitation of a dead head of state, they embark on a journey through a Yugoslavia which has been “balkanized” – an increasingly common geopolitical state, also applicable on individual psychology where it is known as “the feeling of having disappeared in different directions”. 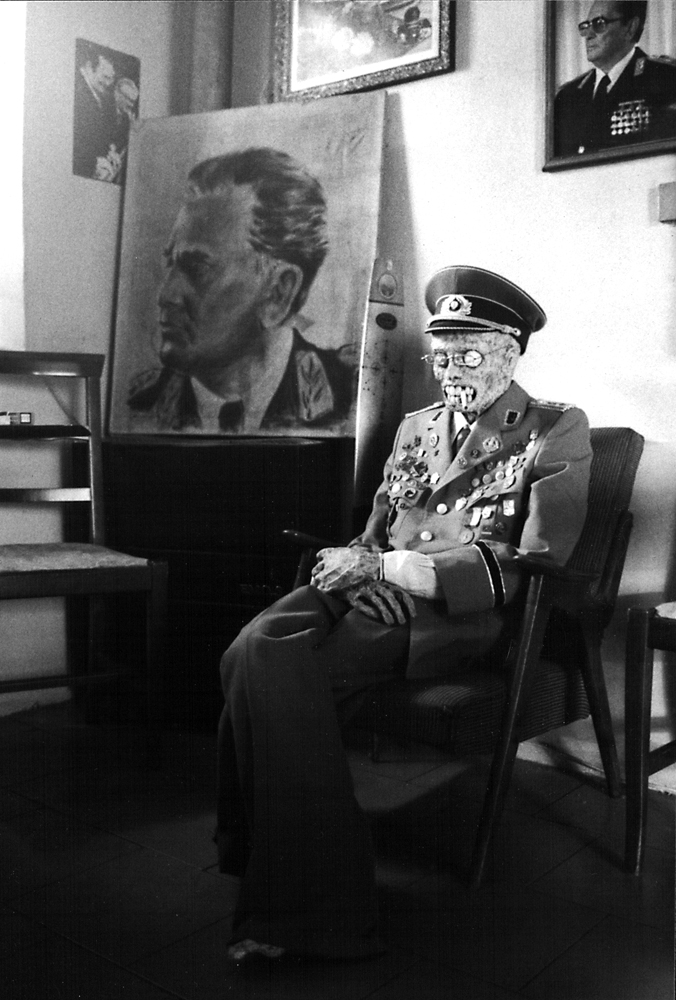 Through the wide open zombie eyes of Tito we are introduced to a number of individuals who in various ways try to express themselves in the current chaotic situation. Their stories are different but still share many similarities. A picture emerges of how cultural diversity and local initiatives fall short as new economic and military structures enter the post-yugoslav arena.

Adaption to the Western economy also means demands for respecting copyright. But what is originality? Do works of art emerge from a vacuum or are they the result of a perpetual exchange and reshaping of existing forms? A specific example can be found in the distorted and very personal versions of famous cartoon characters that flourished in the form of toys and consumer products in the former Eastern Bloc countries. Here, uniform mass culture is subverted and granted an involuntary individuality and humanity by its anonymous creator. Saša, Serbian comics artist, shows prominent copies which he rescued from oblivion in Pancevo’s flea market.

The film raises many questions and provides no straight answers. Does the individual exist at all? Are we perhaps all, in fact the same person?

The perspective is turned another 180 degrees when Igor, Croatian artist, describes his impressions from a trip to Sweden. Suddenly the familiar home environment appears as something strange, even incomprehensible. As the journey continues through increasingly improbable surroundings, the protagonists more and more begin to question themselves and the reality they find themselves in. 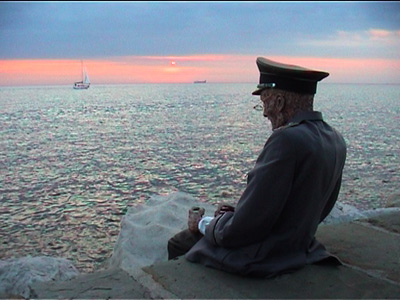