The exhibition is based on the book Clube Mediterrâneo – twelve frames and a devouring and is built around the stories and images from people who crossed the Mediterranean to reach Europe. The exhibition is shown in a tent where there may also be a comics workshopas.

“Published by Editora dos Tipos and by Xerefé and printed with patience and detail in the Typography Damasceno, Coimbra, Clube Mediterrâneo – twelve frames and a devouring (2017), written by João Pedro Mésseder, illustrated by Ana Biscaia and graphically conceived by Joana Monteiro, is a work that results from a shuttle. A jigsaw simultaneously creative and suffered.
On the one hand, the images, the hundreds and hundreds of images (photographs, reports, documentaries) that tell the tragedy of refugees and migrants in the Mediterranean drift between two shores: that of North Africa and the Middle East, where they flee ; the one of Southern Europe, where they intend to contribute. This in 2010, 11, 12, 13, 14, 15, 16, 17 and even before”.
— João Pedro Mésseder 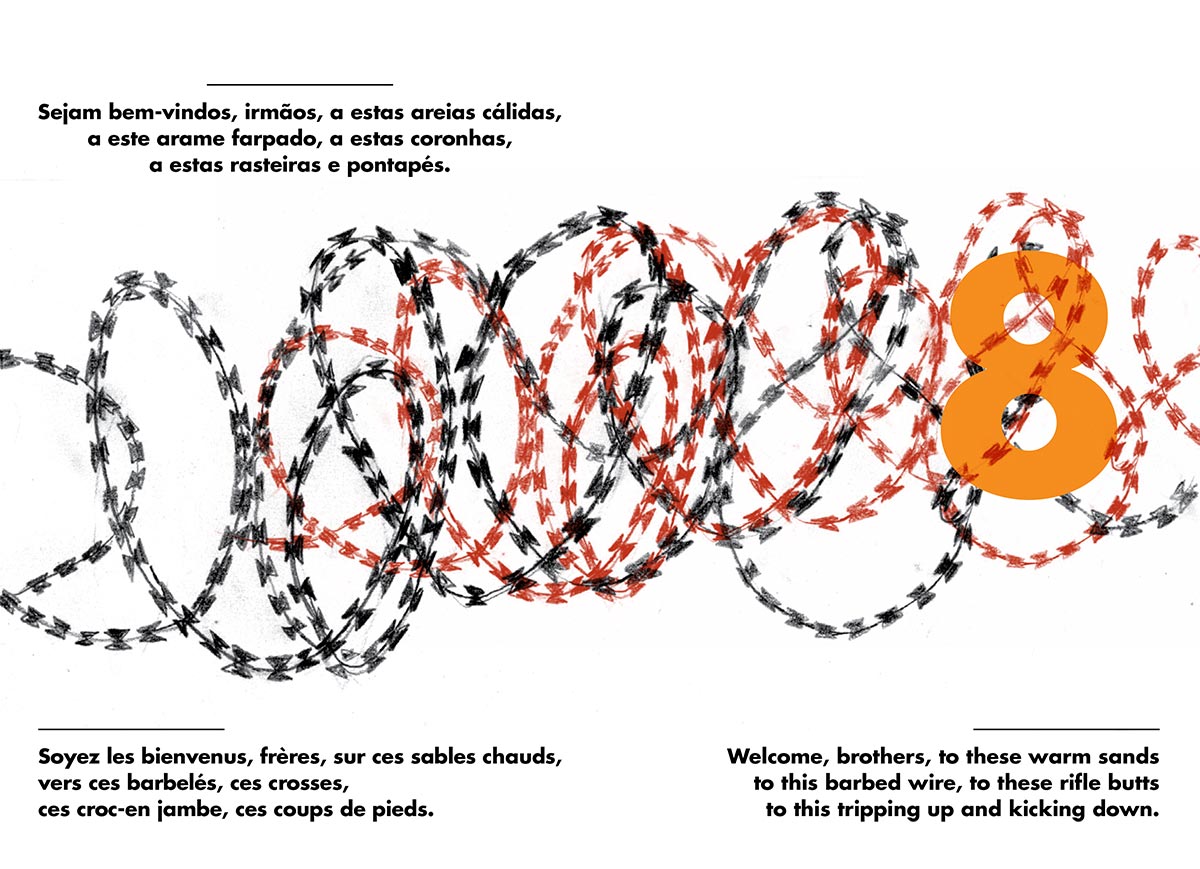