At the comics fair at Panora, Aug 25-26, there will be several interesting talks. 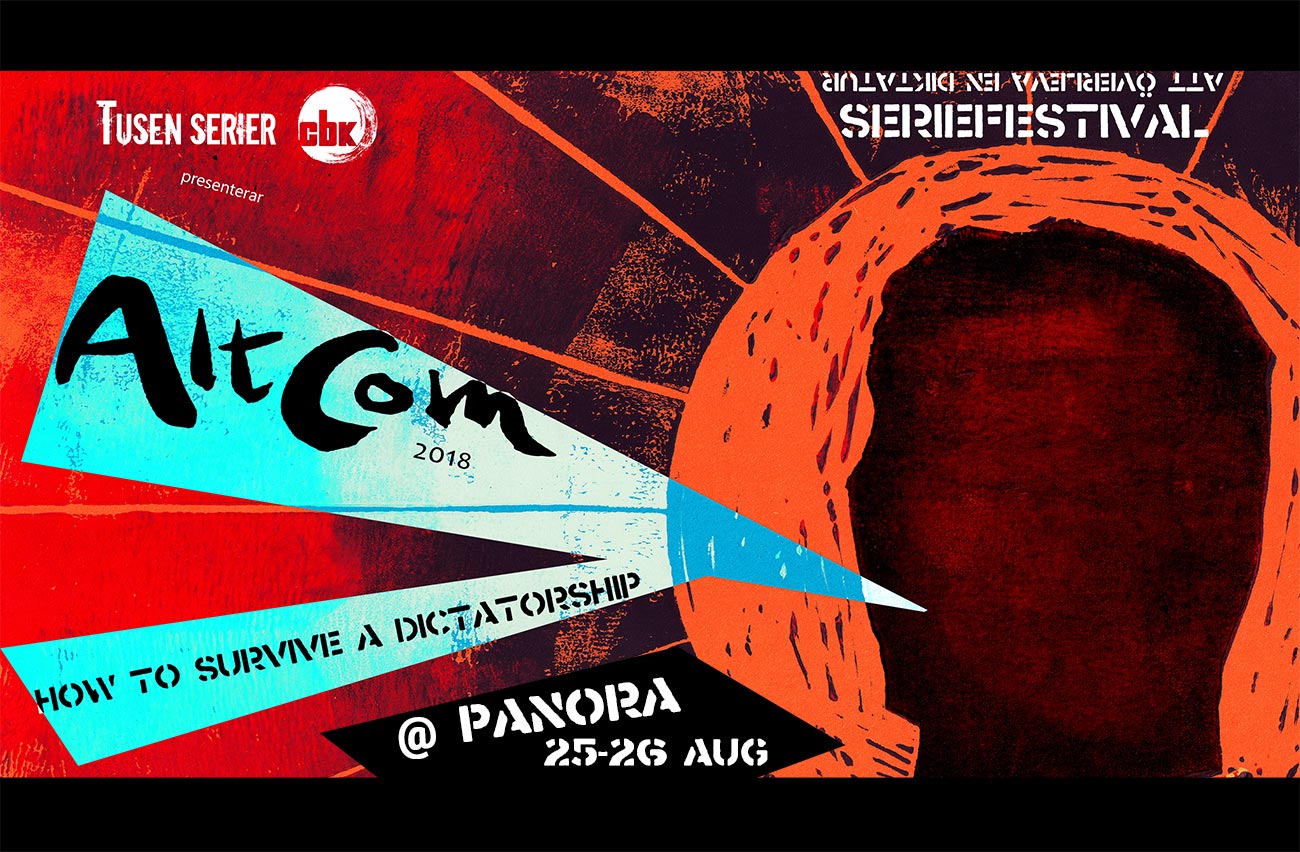 Please note that some of these times might change and some of the titles/descriptions are preliminary and liable to change:

13:30 – THE CHILEAN PANEL
The Pinochet dictatorship of Chile affected generations of Chile’s inhabitants. In this panel you will meet comic creators who lived and were active during the dictatorship, who grew up under it, who left the country at an early age, who were tortured and who were part of the process following the end(?) of the dictatorship. They all survived and are here to talk about the mechanisms that create a society under a dictatorship.
Participants: Manuel Rodriguez, Amalia Alvarez, Amanda Casanellas, Jorge Varas Varilla

15 – IRAQ UNDER SADDAM
About Iraq under Saddam Hussein, how the dictatorship shaped society and its inhabitants.
Speaker: Shko Askari

15:45 – Delete Alt-Right: When the struggle reaches pop culture
The American alternative right, the alt-right, has made pop culture their battleground to turn all of society in a more authoritarian and intolerant direction. What are the ideas behind this, how does the new far right work and – above all – if culture is the front line in their war, how can we avoid falling into their provocations and fight back? Mathias Wåg from the anarchist magazine Brand talks about the new face of fascism and offers some suggestions for counter-strategies.
Speaker: Mathias Wåg

14:45 – THE BALKAN PANEL
Voices from Matrijaršija in performative conversation with locals of similar persuasion. Rakija-infused minds thinking and talking about the oppression of Turbo Folk culture and other relevant subjects from the region once called Jugoslavija. Rakija is a highly treasured liquid in the Balkans that during the distillation process seems to acquire ritual dimensions, later transferred to anyone or anything that comes in contact with it. It represents the host and the house. Can we thus consider Turbo Folk an enhanced version of home culture; culture of the family and community; production and innovation?
Participants: Jovana Lutovac, Radovan Popović, Aleksandar Denić, Merima Dizdarević, Bekim Gaši

16 – STORIES FROM BEHIND THE WALLS
A conversation between Shabnam and Aida, both of them with a past in Iran and currently living in Sweden. They share their views on the world of today, yesterday and tomorrow.
Speakers: Shabnam Faraee, Aida Ghardagian

16:45 – CLUB MED – twelve photograms and one devouring
Ana Biscaia (illustrator) and Joana Monteiro (graphic designer) present the book that they made in 2017 together with João Pedro Mésseder (author).
Based on the idea of photograms, the book talks about people in fugue from war, disaster and poverty. It is a memory of the days we live in. It presents an idea of Europe devouring itself. Illustration and typography and poetry, together, attempt to tell a story that is true and so difficult to approach.
Speakers: Ana Biscaia, Joana Monteiro