The AltCom 2018 anthology is here! 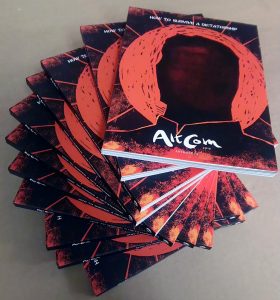 Look for it to pop up at random places in Malmö during the month before the festival starts (and during the actual festival, of course). If you can’t find it elsewhere, drop by Hybriden, and if that’s closed you can get it at Fanzineverkstaden (Tue-Thu between 15-21 @ Ahlmansgatan 11A).

And it’s for free, as usual! 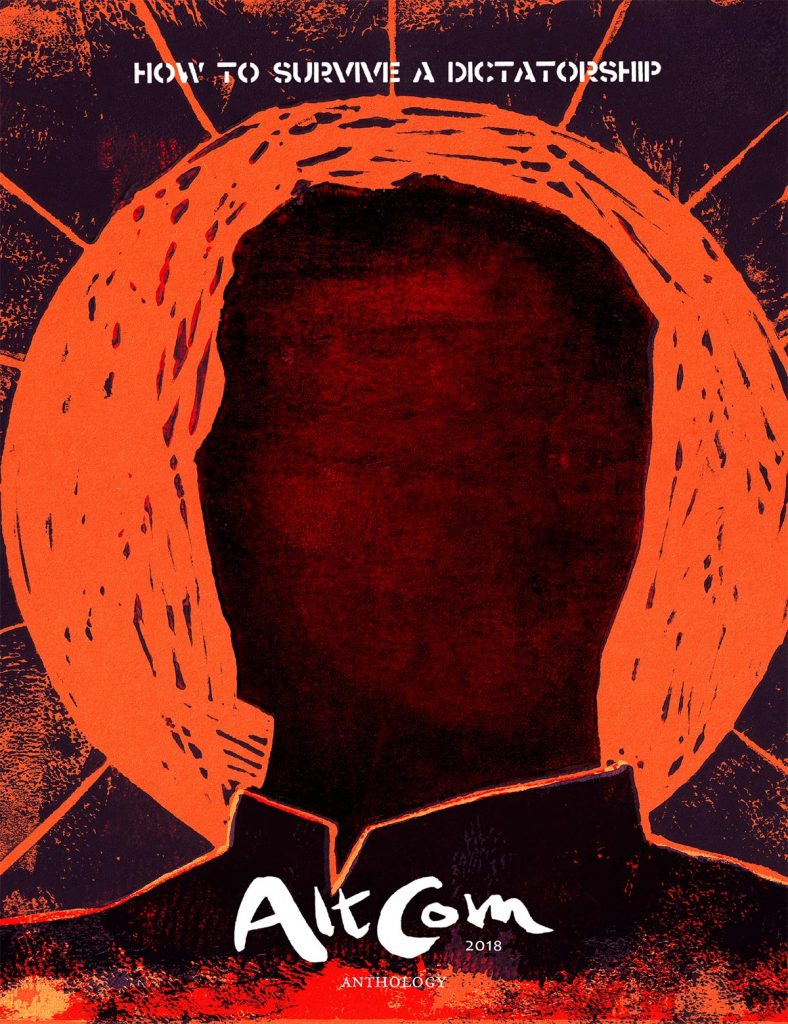 Did we mention that we’re giving it away for free? 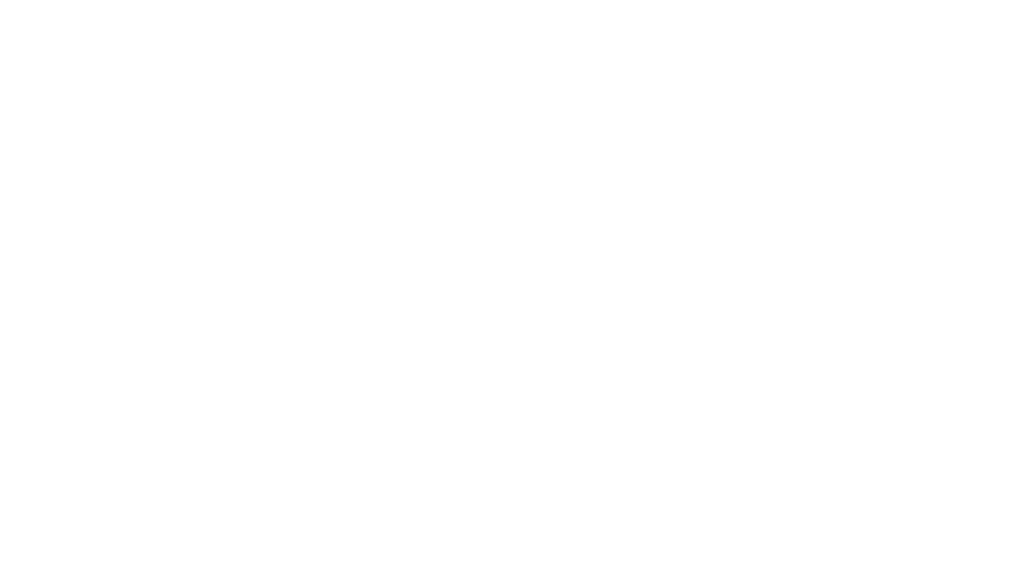 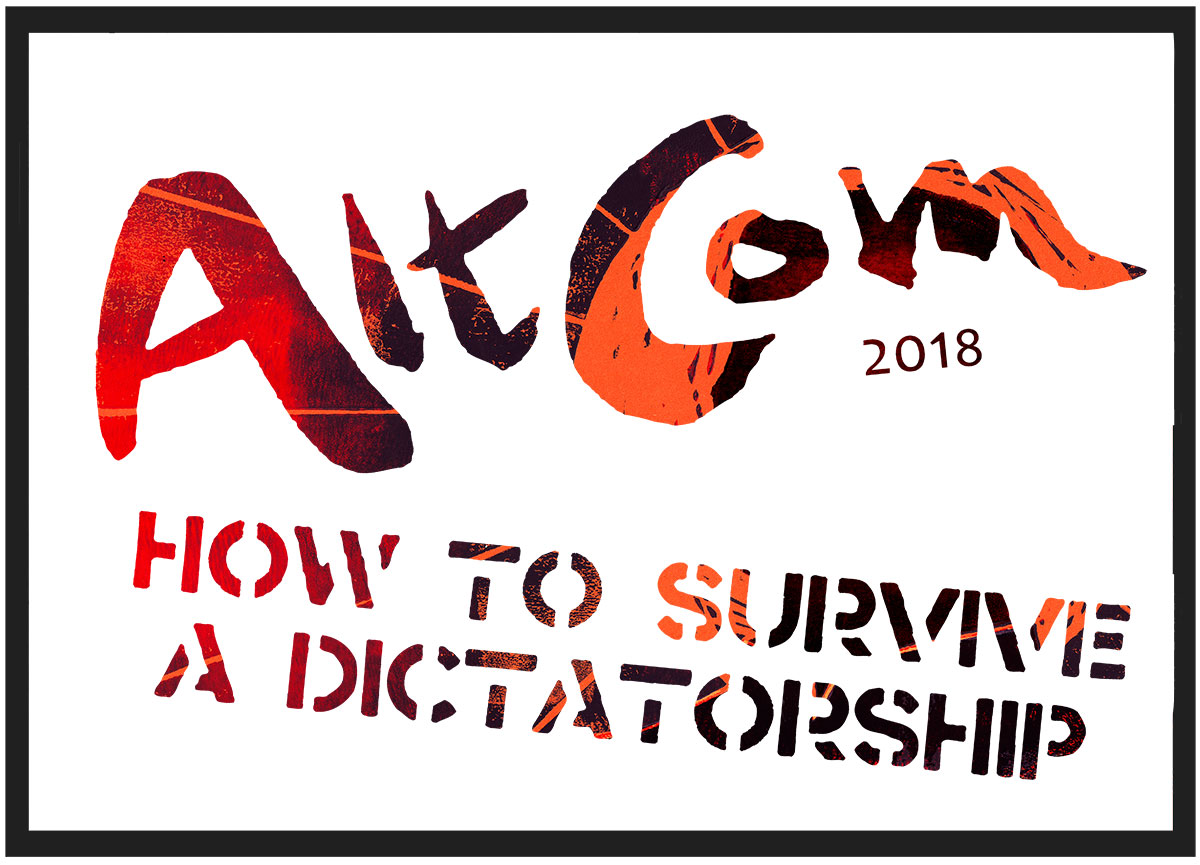 The preparations for TRAUMA is coming along. This is going to be something special…

Check the TRAUMA page for the most current updates.

Because of popular demand and also because we can, we’re extending the deadline for sending in comics to the anthology! New deadline is May 31!

Join the anthology for AltCom 2018: HOW TO SURVIVE A DICTATORSHIP!
Send us comics about your thoughts, experiences, strategy tips and tricks on the subject.

As always in AltCom, we will hand the book out for free during and after the festival.

WHAT we want:
Pages: 1-5, black/white/gray
Language: English
Format: 140x182mm (portrait orientation) +5mm bleed on all sides
Files: High-resolution, preferably .TIFF
If you are unsure what we mean by “high-resolution” or “bleed”, please ask. Lots of artists don’t know, and it’s better to ask than to send us files that we can’t use.

WHERE we want it:
Send submissions to:
submissions [at] altcomfestival [dot] se

As usual, no one gets paid for participating. But on the other hand, no one pays to get it either. Everything is voluntary.

HOW TO SURVIVE A DICTATORSHIP

You won’t get much more info than that at this point, but we’re planning an overhaul of the website pretty soon. Meanwhile, you can check out what happened last time, at AltCom 2016. But there will be exhibitions, market, talks and international guests as usual, as well as a special collaboration with the TRAUMA noise festival. AND…

…there will be a festival anthology again this year. If you want to get started on your comics already, the deadline will be in April or May, the format will be 140x182mm, black/white and 5 pages/person (same as usual if you’ve participated before). You won’t get paid for contributing, but on the other hand no one will pay to get the book either since it will be given away for free during and after the festival.

We will publish a proper call for submissions pretty soon, so look for it here.

And so begin the preparations…

Speaking of anthologies, CBK is right now looking for comics and texts for CBA vol 40 – worst case scenario which is planned to be released in time for AltCom. Check it out!

The AltCom experience of 2016 is over, as much as something like this is ever over, because when a festival like this is at its best, it lingers in your soul/mind/5D construct.

We actually managed to create this separate plane of existence. A space that is its own thing and when it’s over it’s like you’re going back home, even if you already live in the same city. And when I say “we”, I don’t mean me, I don’t mean the organizers or volonteers, I mean all of us who took part in it. The guests/exhibitors/musicians/visitors. The smokers and drinkers. The ones who woke up, went to the festival and stayed until they passed out or went home (sometimes when the morning sun had come out and the birds started singing, sometimes when the wine was over, sometimes when it was just the right time to go). The ones who arrived late at night, the ones who left early. This international family that’s made up of people you almost only meet in these liminal existences. These special relationships with people you meet a few times a year, in different parts of the world, that you consider to be friends even if you hardly know most of them in any deeper sense.

It started with the preparty sessions where a few of us sat down with some wine after putting up exhibitions, discussing anything from printing techniques to working conditions to drug culture to Pokémon Go to the effect the internet has on communication and on underground and zine culture. Then it all grew as the actual festival started. People meeting, inspiring each other, giving birth to new collaborations, extending invitations to future events, other worlds to visit in the future. An intersection of pasts, present and futures.

Many of us will meet again, because this part of the comics culture is borderless by nature and part of a network of recurring aquaintances, but we may never meet again in this exact same constellation of people.

And then there’s the story of the lost luggage that arrived just in time for the Saturday afterparty so we could complete the exhibition a few hours before it closed, the stolen items, the missed flight, the missing guest, like an offering to the god of Branquignole. Maybe the price to pay for everything else running more or less smoothly. Sleep was another casualty, but what are you gonna do?

So thank you to everyone who came, who let people stay in their homes, who participated, volunteered, carried tables, held talks/performances/workshops, who brought their art or simply their presence. For an AltCom festival that became something beyond the sum of its parts. Not unlike the language/artform of comics itself.

In the coming period, we will add some documentation to the site, like comics interpretations, photos, videos etc.

This is what we have to offer so far: 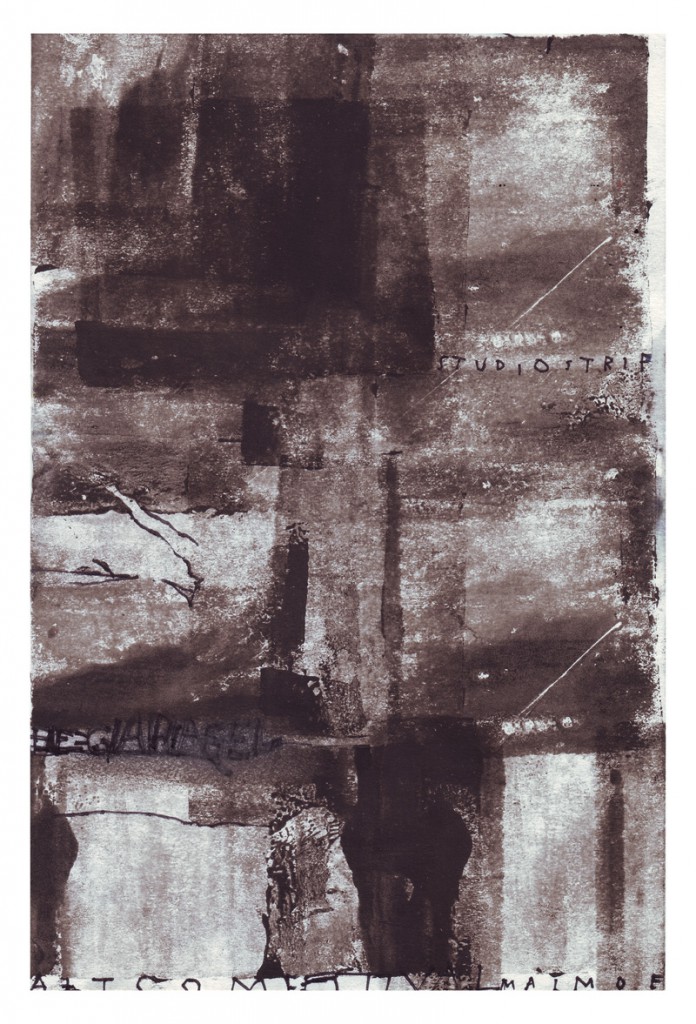 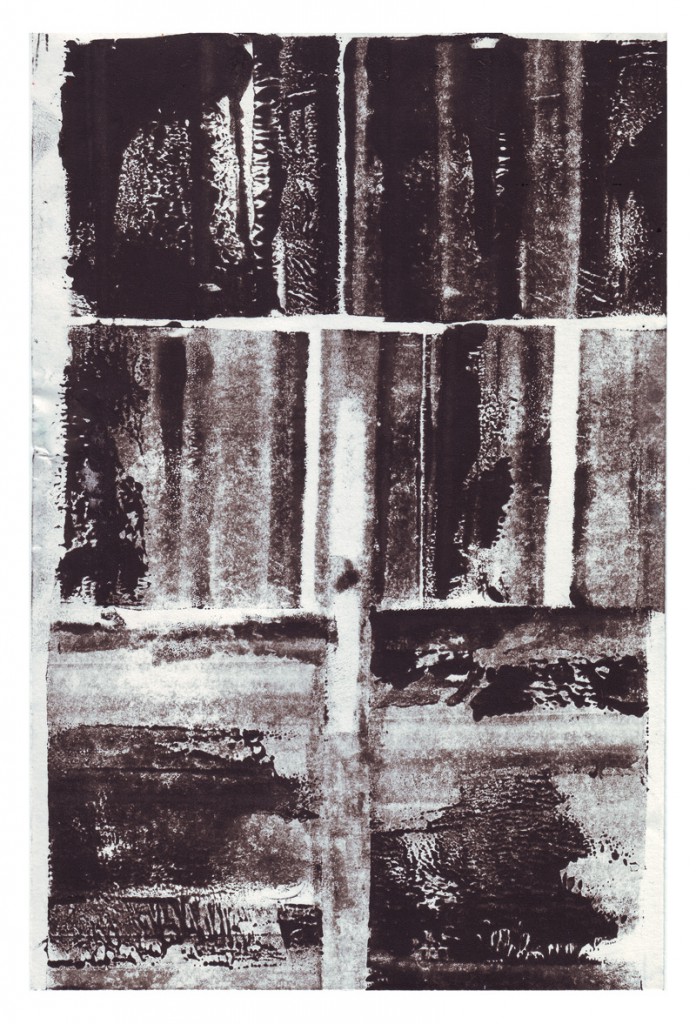 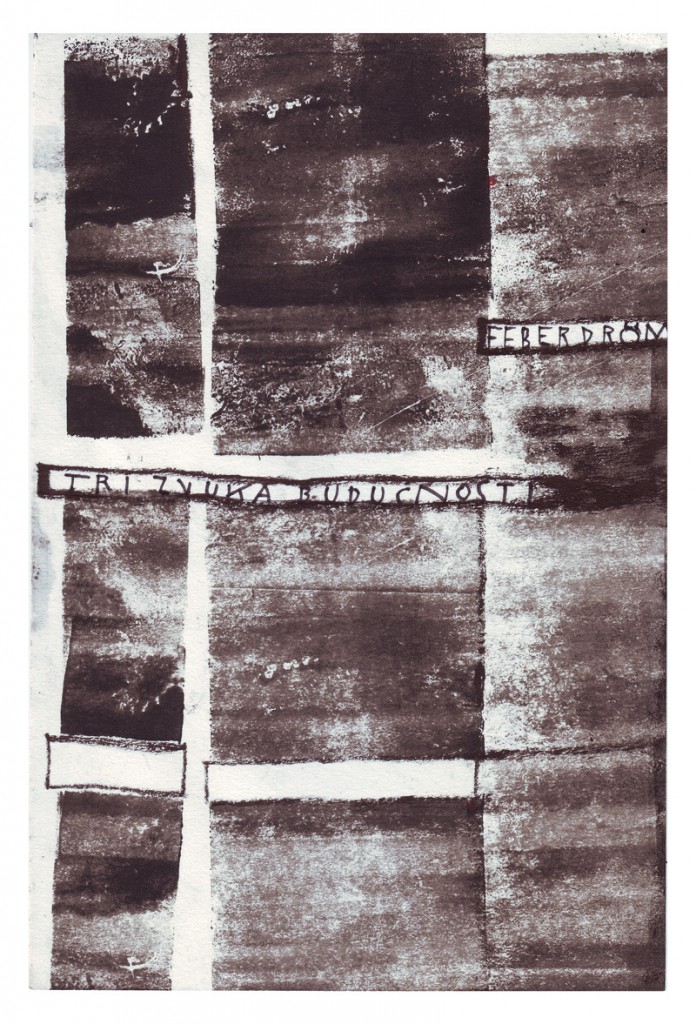 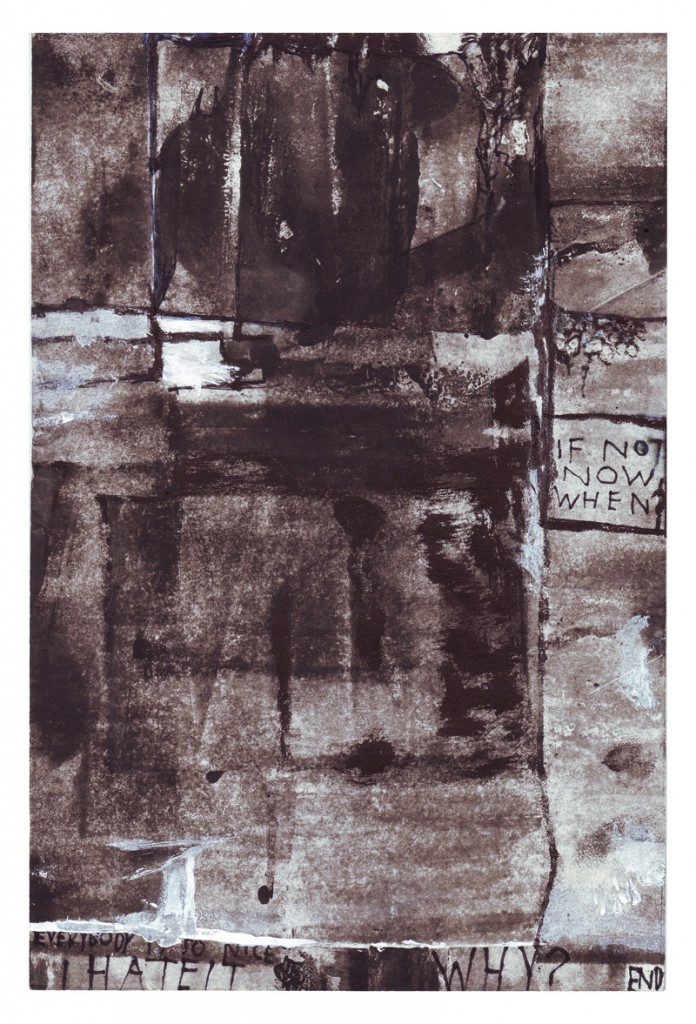 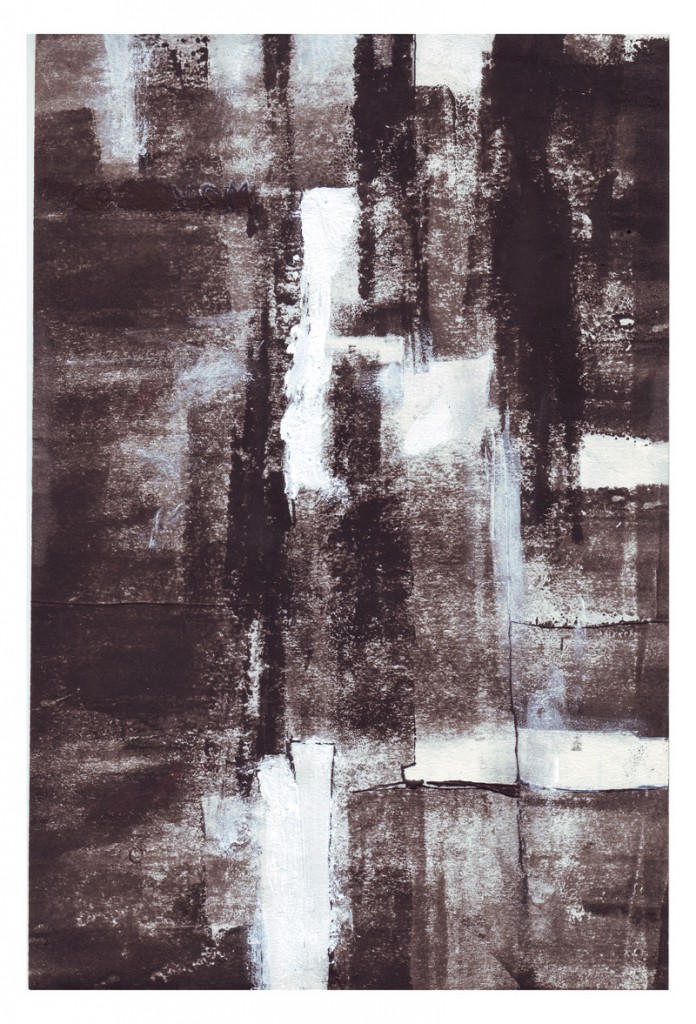 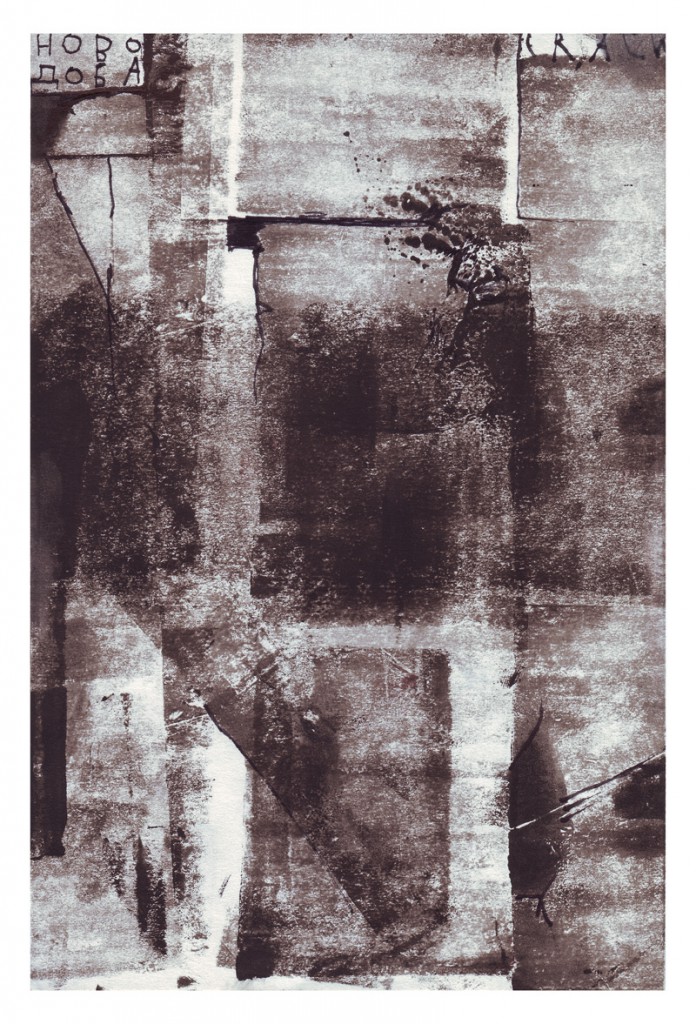 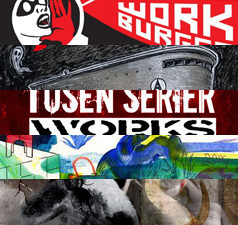 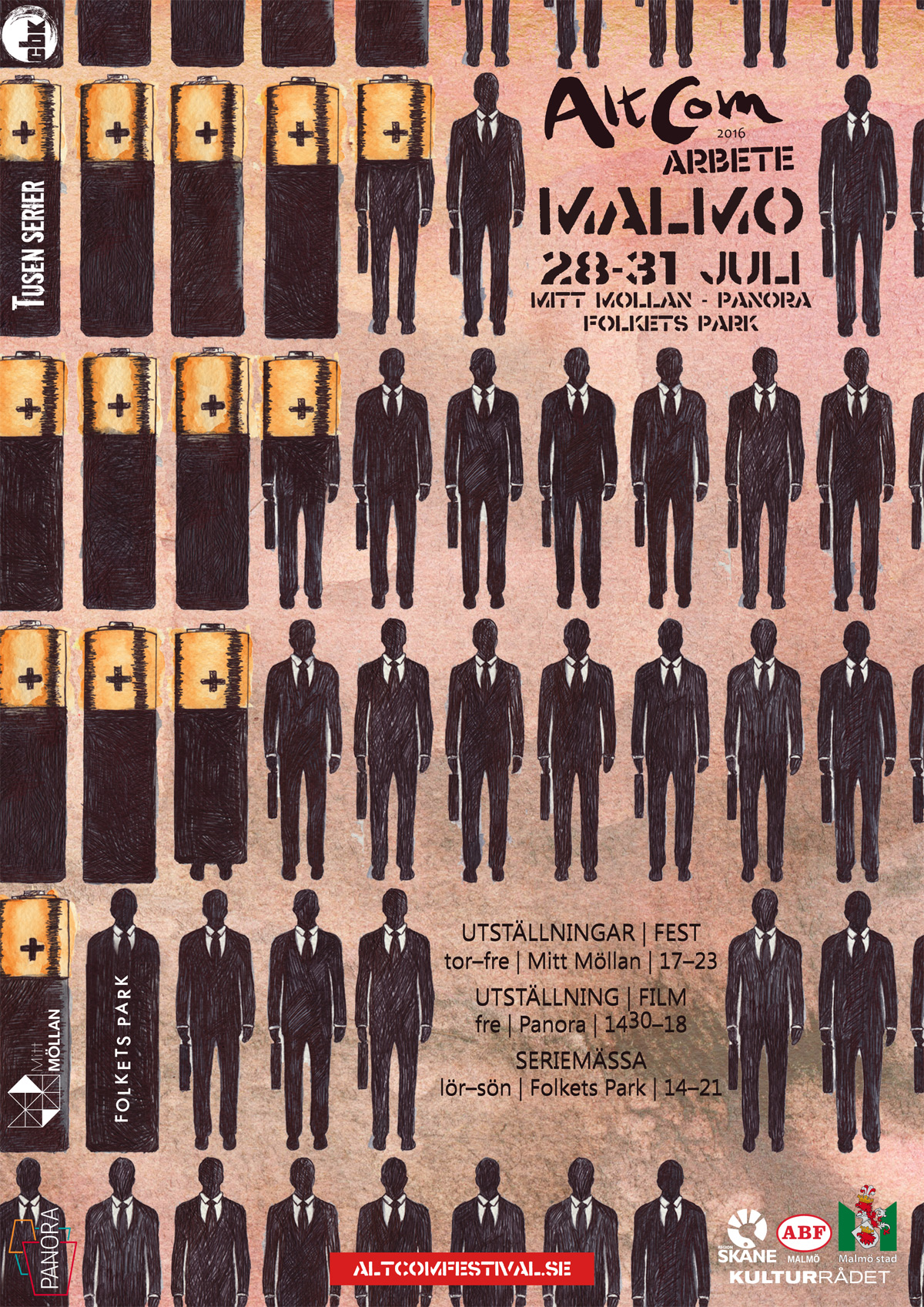