Spending the night printing stuff for the VOID, Tusen Serier and CBK exhibitions.

Less than a week left now until it all starts!

There will be NO ENTRANCE FEE and no reservations, so it’s first come, first watch movies. 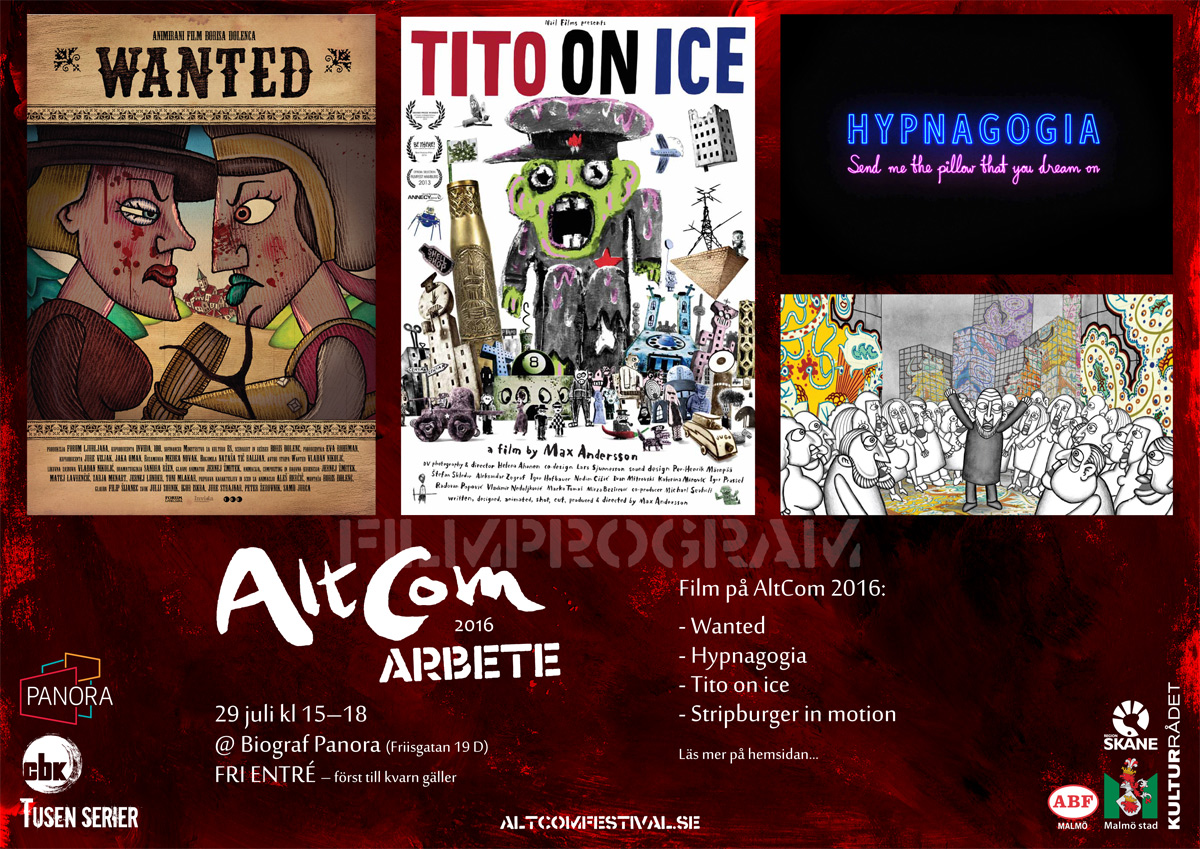 Stripburger in motion
By: Boris Dolenc

Hypnagogia – Send me the pillow that you dream on
By: Knut Larsson

Tito on Ice
By: Max Andersson

At Panora, you can also enjoy the Aniara exhibition by Knut Larsson. 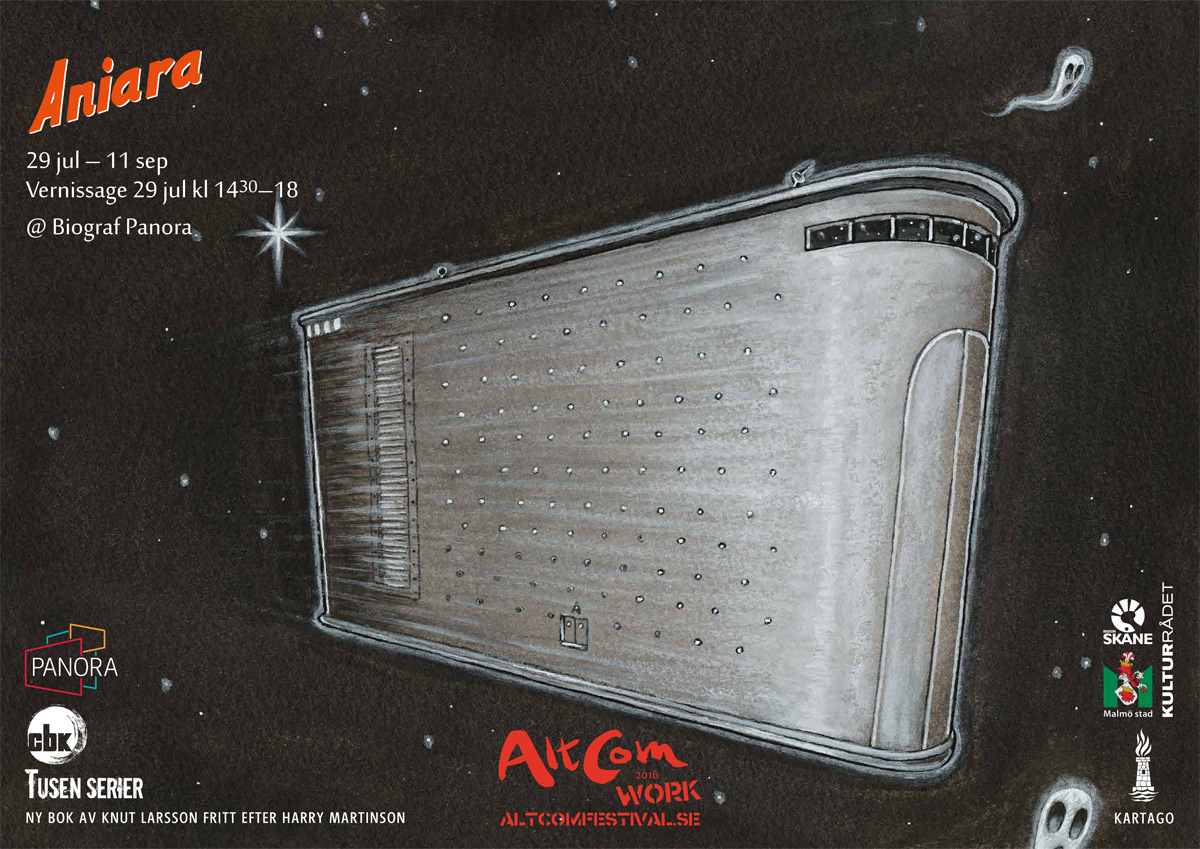 The festival anthology arrived from the printer yesterday! 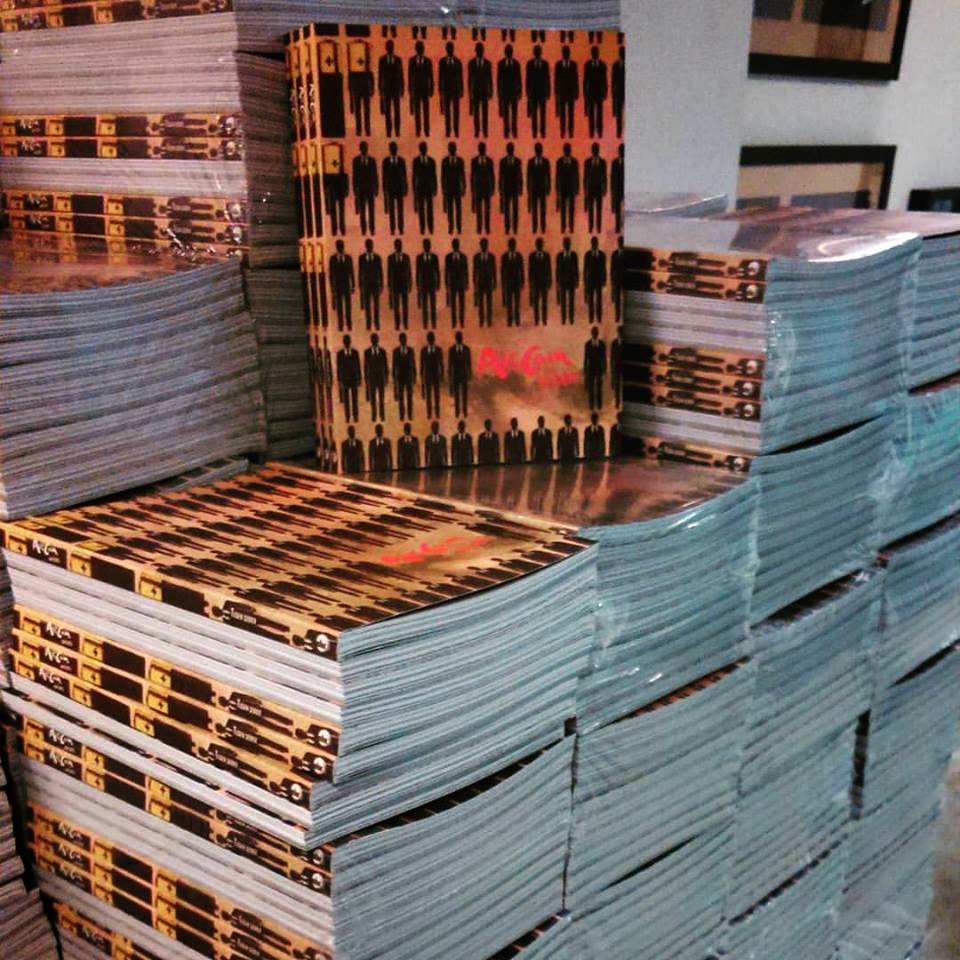 It’s a 100 page book with comics relating to WORK by an assortment of international artists and it will be given away for free before, during and after the festival. Some of the featured artists will also be present at the festival.

Read more about it here. 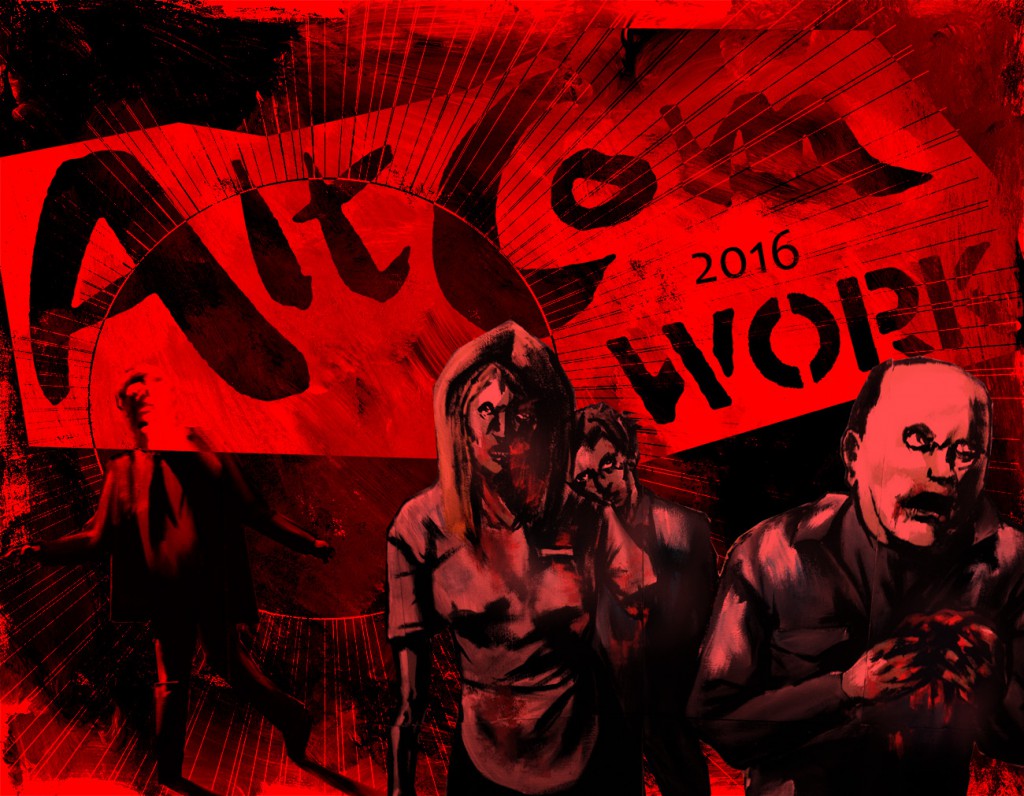 For each AltCom since 2010, we’ve made a festival anthology with comics by artists from different countries, making their own interpretations of the theme of that year. 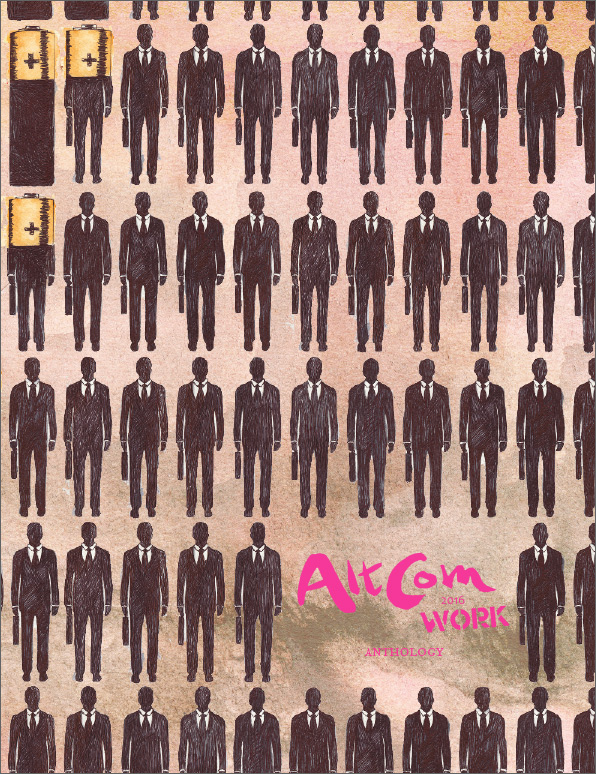 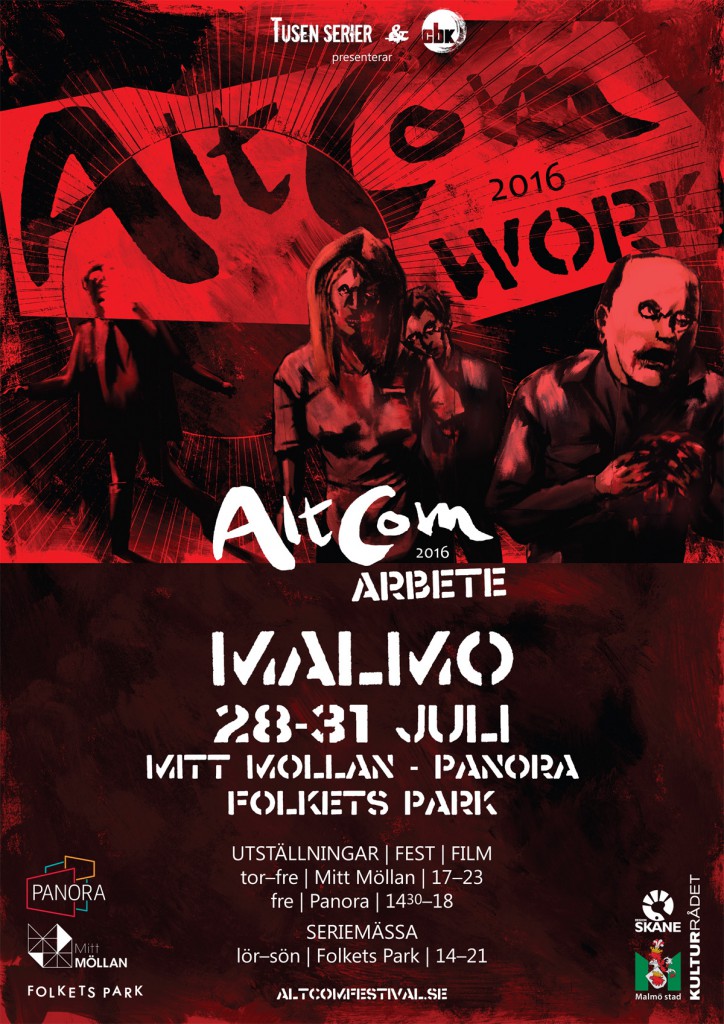 Edit 2016-03-31: We got the fundeing for the book through Kickstarter! So we know now that it is happening!

Time to announce the festival anthology of 2016:

We don’t have all the funding secured yet, but there’s a Kickstarter, so let’s assume that everything will be fine and open this call for submissions anyway!

The theme for this year is WORK, and we would like you to give us your stories interpreting that theme.

WHAT we want:
Pages: 1-5, black/white
Language: English
Format: 140x182mm (a little bit smaller than A5) +5mm bleed on all sides
Files: High-resolution .TIFF, preferably
If you are unsure what we mean by “high-resolution”, please ask. Not sure what we mean by “bleed”? Read this! Lots of artists don’t know, and it’s better to ask than to send us files that we can’t use.

Introduction to the theme. 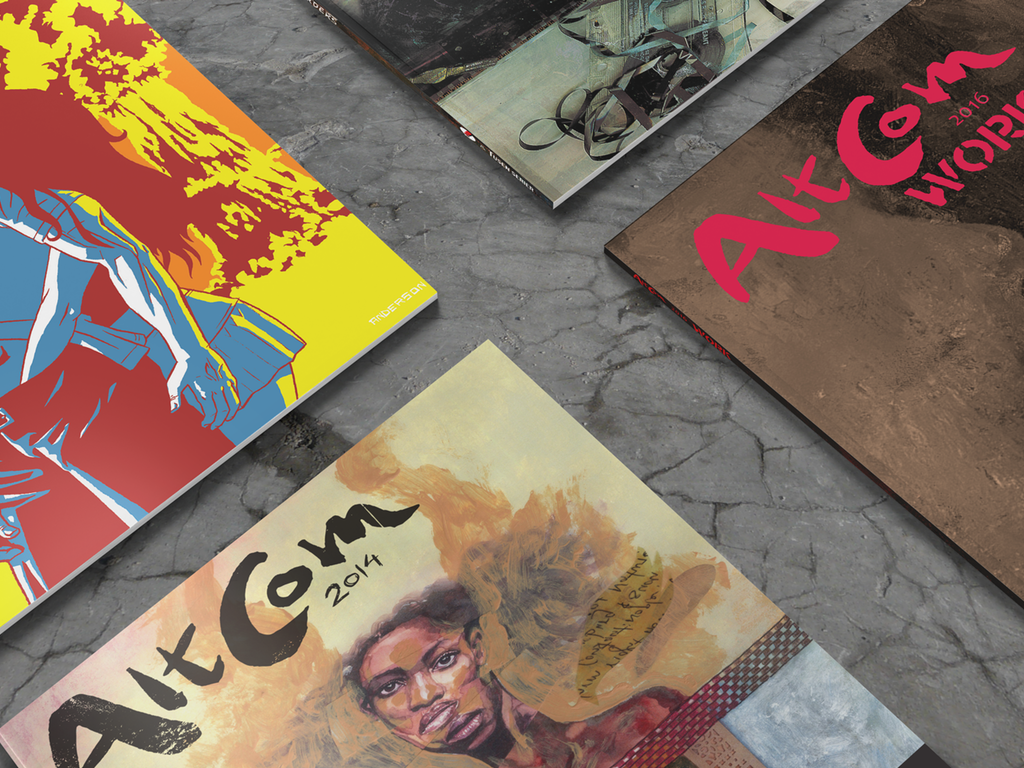 WHO we are:
The AltCom 2016 anthology will be edited by the Hybrid of CBK & Tusen Serier.

As usual, no one gets paid for participating. But on the other hand, no one pays for it either since we’ll be giving the book away for free during and after the festival!

Ok, here’s what we know now:

The AltCom 2016 festival will happen, and it will happen July 28-31.
The theme for the festival will be WORK and the whole thing will be organized by CBK & Tusen Serier with support (so far) by the City of Malmö.

Thursday & Friday will be based around exhibitions at Mitt Möllan.
One of the exhibitions will be Attention: Work! by Stripburger.

Saturday & Sunday will be the comics fair in Folkets Park.

We also have some ideas for more exhibitions, talks, a film screening and some of the guests, etc, but we won’t disclose all our secrets yet, and there are also a few things we still don’t know. For example, we don’t currently have the funding needed for a festival anthology, but we’re working on it.

So reserve these dates in you schedule, and check this space in a little while to follow any further developments.